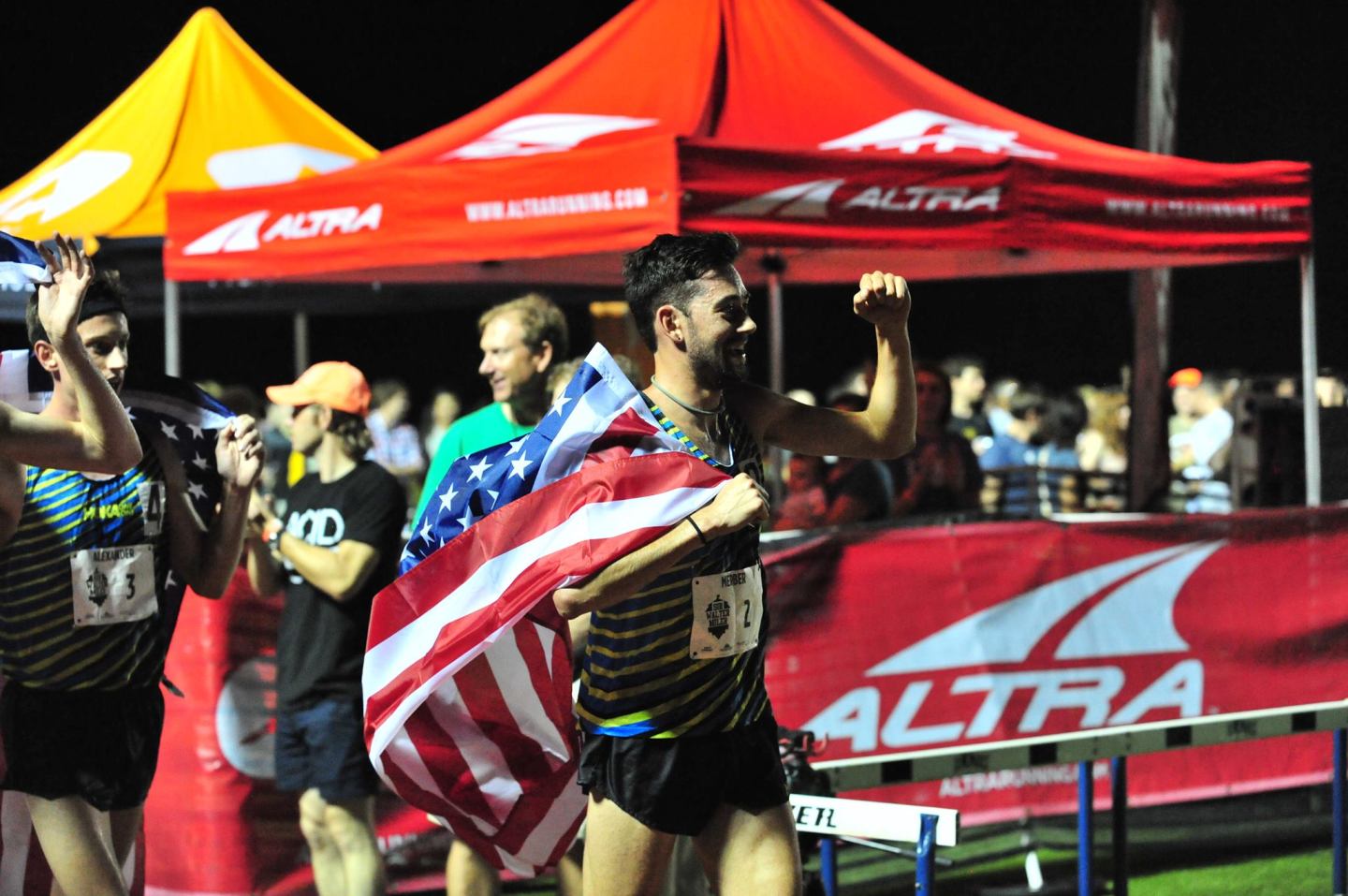 The days are getting longer, the distances are getting shorter, and the times are getting quicker. If you couldn’t already feel it in swimmably humid NC piedmont summer air: Track season is upon us. And with the birth of every track season comes the subtle reminder that on August 4th at the Meredith College track, the Sir Walter Miler will be back, and this time, better than ever. 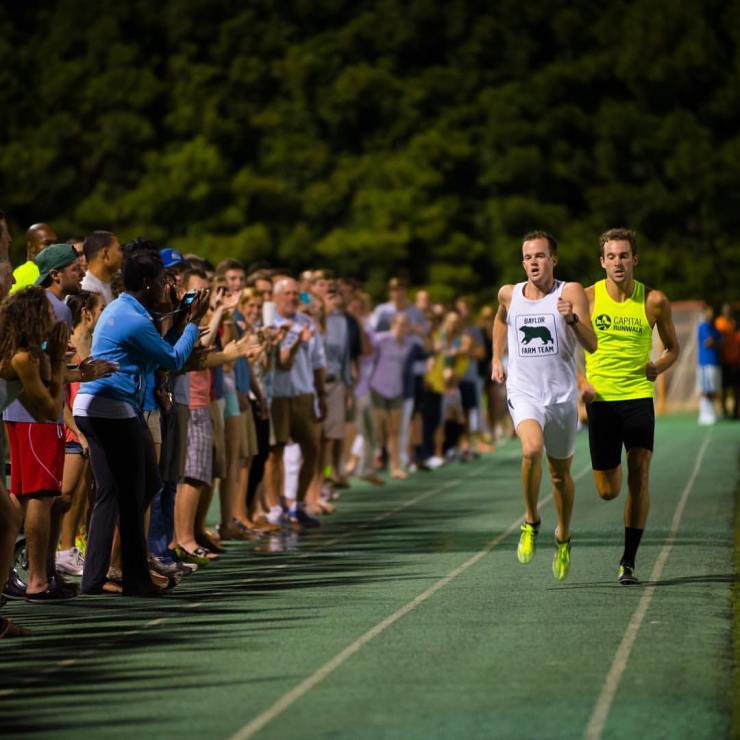 Raleigh beer running legend Pat Price and the Roberts brothers have made track great again. Instead of sitting around for hours between races, they have a pre party at a brewery, two community races, the mile races, and then a post party back at the brewery. It keeps the event quick and the energy high.

We were able to catch up with Pat Price for a Q and A about this years event below. We hope to see you there!

The Sir Walter Miler itself will be pretty similar to years past. We love the formula of a quick, high energy meet, with a fun pre and post party. Women’s Elite Mile, Men’s Elite Mile. Run Club Mile Relay, and another race to be named later. Pre and Post Party at Raleigh Brewing Company with food trucks, live music, giveaways, and more! Plus a “Run with the Pros” event the next morning at Umstead Park.

The Downhill Mile in mid June seemed like a hit last year. You bringing that back?

Yes, indeed. The Raleigh RunDown Downhill Mile is back for year two! We spent nearly a year planning the first iteration; finding the best course, jumping through the hoops that come with getting a road race approved, and then promoting and coordinating the details. Luckily, many people ran their best mile times by 20-30 seconds in 2016. We’ve certainly had a wave of sign ups that are people hoping to do the same this year. And the post-race party at Trophy on Maywood was a big hit last year, so we look forward to ending an exciting Friday night race with some good, old fashioned post-race revelry.

How is recruiting elites going for the mile race?

This point of the year is when we start reaching out to runners, agents, and coaches to gauge interest. We don’t offer any spots until after the USA Championships, but it’s safe to say we have had some exciting athletes inquire about the event. Every year we are blown away by who wants to run, and this year will be no exception. Make plans to be at Meredith on Friday, August 4th, and all weekend for that matter!

Anything different about the community races this year?

We’ll be doing the Run Club 4×400 again, of course (with a new wrinkle, that we’ll be announcing soon), but are still in talks about the other community race. Stay tuned!

What will the fall cross country series entail?

Cross Country participation in high schools is at an all time high, but it’s a sport that is hard to participate in once you’re done with school. We ‘ve been planning this for some time now, and we think people are going to dig it. We’ll set up courses at places like Dix Park, the Horseshoe Farm, and more, that will allow competitors to train all summer, spike up, and get dirty. These races will be the first four Tuesdays in October with a 5k, and a kids race as well.

Anything else we should know?

We love the Raleigh running community and created a Strava club to host some virtual challenges this year. Look up Sir Walter Running on Strava and join us for a chance for some free race entries and Sir Walter swag!

The Size Run is curated by Alex Warren and Brent Francese, co-owners @ Runologie.